President Donald Trump will travel to Kenosha, Wisconsin on Tuesday, according to the White House.

The president plans to meet with law enforcement and survey damage from the recent riots after the police shooting of Jacob Blake.

The Kenosha riots fueled calls for law and order in the state of Wisconsin after violent agitators torched and looted several downtown businesses for three nights. 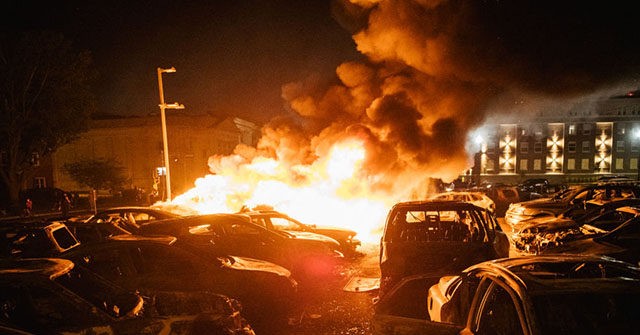 The president and other Republicans repeatedly condemned the riots during the Republican National Convention speeches, making it a focal point of the event.

“If the Democrat Party wants to stand with anarchists, agitators, rioters, looters, and flag burners, that is up to them,” Trump said during his speech. “But I, as your president, will not be part of it.”

White House Deputy Press Secretary Judd Deere revealed the president’s plans to reporters on Air Force One, as Trump and his staff returned from a trip to survey hurricane damage in Texas and Louisiana.

During the trip, the president told reporters he was aware of the case of 17-year-old Kyle Rittenhouse, who was charged with shooting and killing two of the violent agitators.

“We are looking at it very, very carefully,” he said.