Moreover, the data shows “an average of nearly 10 people fell victim to gun violence each day over the last four weeks.”

An unidentified Brooklyn cop reacted to the shootings by telling the Post, “Mr. Mayor, it is time to stop calling New York the safest big city.” 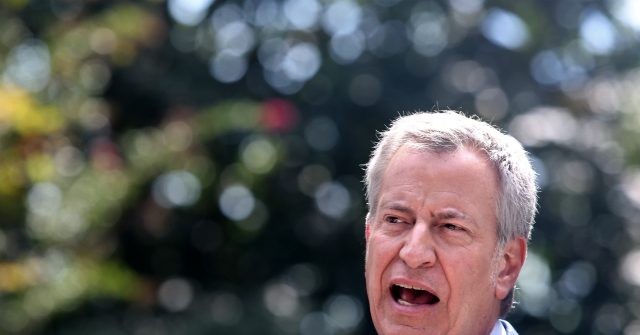 Shootings are up 76 percent in Mayor Bill de Blasio’s New York City, according to the Wall Street Journal. https://t.co/WQV1N118Jm

CBS News reported at least 45 people were shot, five fatally, over the weekend beginning on Friday, August 21, 2020. Those shootings included an incident in park settings frequented by kids.

An innocent bystander was shot and paralyzed in a Brooklyn shooting that occurred in broad daylight Wednesday, August 19, 2020. The bystander, Sam Metcalfe, decided join his wife on a walk to get toothpaste so he could hold the umbrella for her in the rain. Shots rang out as they walked and Metcalfe was hit.

The New York Post quoted  Metcalfe’s sister in law, Krista Zigorski, saying, “Almost immediately, [he] couldn’t feel his legs. We now know that the bullet hit his kidney and stopped when it hit his spine.”

That testimony is an echo of one that has sadly been a continues narrative of general lawlessness for New York City all summer long.