The poll asked one question: “Do you approve or disapprove of the job Donald Trump is doing as President of the United States?” 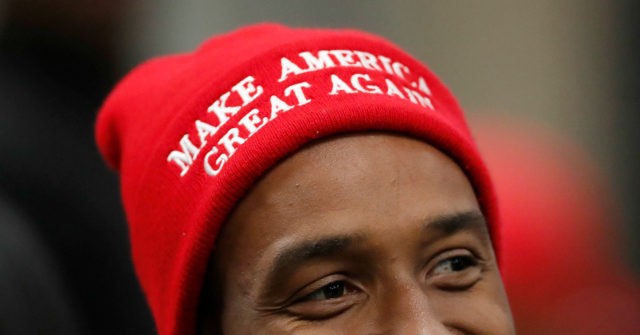 Twenty-four percent of registered black voters in the Aug. 22-25 survey, which included the first two days of the convention, said they approve of the job Trump is doing as president, while 76 percent said they disapprove.

That is up 9 points from the previous survey conducted Aug. 8-11, where the President received 15 percent support among this group.

The survey found support among Hispanic voters also grew by 2 percentage points, from 30 percent in the last poll to 32 percent in this most recent survey.

The poll conducted an online survey of 2,861 registered voters. Among Republicans, 82 percent approve of Trump while 18 percent disapprove.

Ten percent of black and Hispanic voters changed their support from former Vice President Joe Biden to Trump over a two-month period, according to a CNN poll published on August 16.