Trump tweeted a claim that mail drop boxes are a “voter security disaster,” and would open the door to allow people to vote multiple times.

The president also warned that the mailboxes are not sanitized, and could help spread Covid-19. 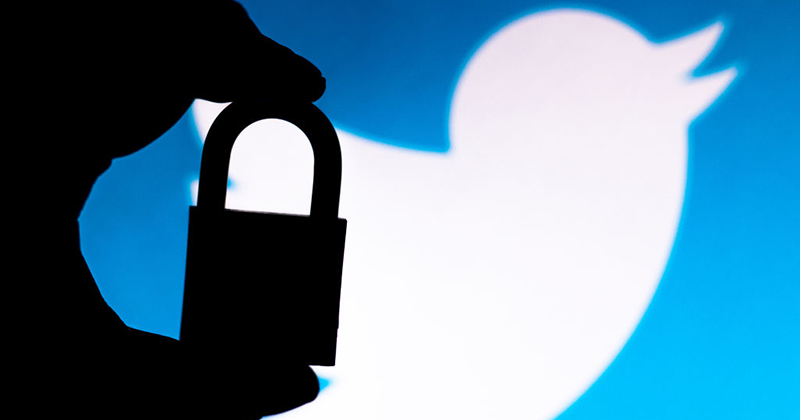 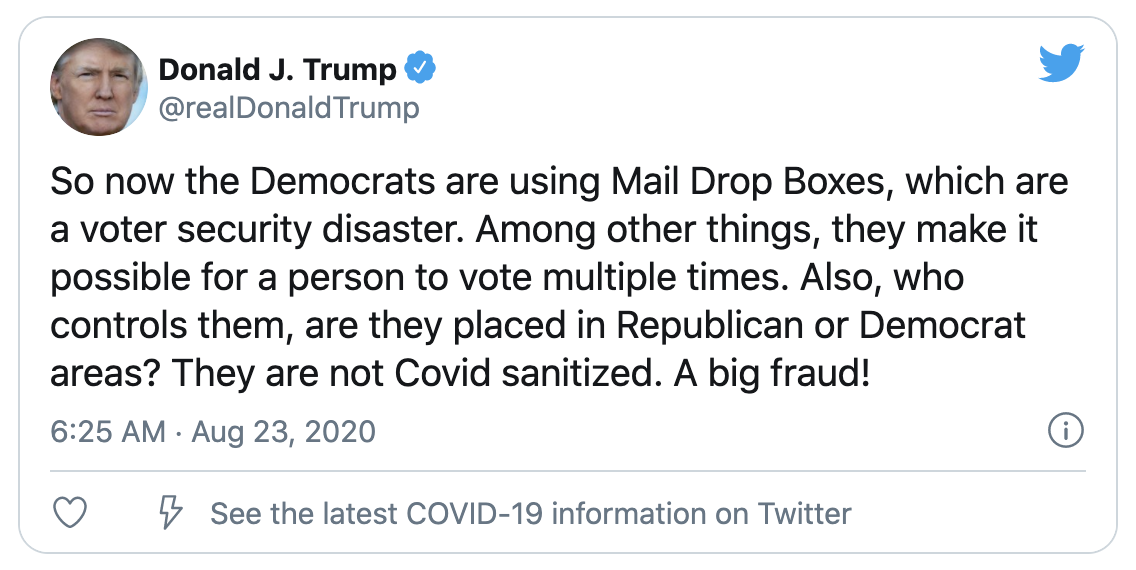 So now the Democrats are using Mail Drop Boxes, which are a voter security disaster. Among other things, they make it possible for a person to vote multiple times. Also, who controls them, are they placed in Republican or Democrat areas? They are not Covid sanitized. A big fraud!

“Per our policies, this Tweet will remain on the service given its relevance to ongoing public conversation. Engagements with the Tweet will be limited. People will be able to Retweet with Comment, but not Like, Reply, or Retweet it,” a statement from Twitter read.

Yet another reminder that social media companies have more power than the President of the United States. https://t.co/g7seWDsKra

Back in May, the company posted “fact check” labels to Trump’s tweets regarding potential fraud stemming from mail-in ballots. Trump’s tweet was deemed to be misleading, regardless of the fact that a USPS mail carrier in West Virginia was charged with fraud for tampering with vote-by-mail requests.

Twitter again censored one of Trump’s tweets at the height of rioting in Minneapolis, claiming that the President was “glorifying violence”.

Twitter inserted a “public interest notice” on another of Trump’s tweets in June, accusing him of “threatening harm against an identifiable group” when the President warned that any violence among protests in Washington would be met with a show of force in order to keep law and order.

Just weeks later in July, Twitter removed a meme that Trump had retweeted.

Twitter also completely removed a video of a Fox & Friends interview earlier this month claiming Trump was spreading “misinformation” about the coronavirus when he stated that children are ‘almost completely immune’ from the virus.

Two more tweets from Trump were not censored Sunday, both slamming Democrats for removing the words “under God” from the Pledge of Allegiance during last week’s DNC:

Two Democrat Caucus Meetings removed “UNDER GOD” from the Pledge of Allegiance. It sounded not only strange, but terrible. That’s where they’re coming from!

There are conflicting reports including a report at Al-Hadeth that claims the massive explosion was a Hezbollah warehouse in Beirut for missiles from Iran.